Residents have been left in deep shock after two human heads were discovered on lying the road in Rivers state. 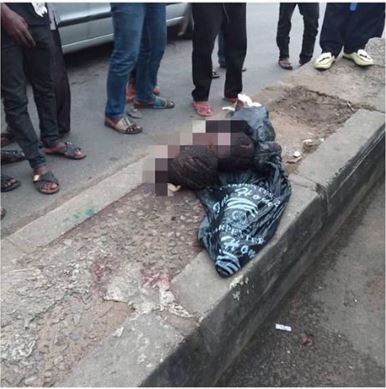 The human heads were found on the road
Residents of Choba, Port-Hacourt, Rivers State, were given a very rude shock earlier today when they woke up to find something truly horrific in the area.
The residents reportedly woke up today to the sight of two human heads cut off and put inside a polythene bag. The severed heads were then dumped on the road divider at Choba junction.
READ:https://www1.247naijabuzz.com/female-suicide-bomber-in-hijab-apprehended-near-unimaid-in-borno-photos/
The discovery was made around 7a.m this morning and has since sent shock waves around the community.
The circumstances surrounding the bizarre development is still unknown but the police have been involved.